If someone were to ask you which website the highest number of brand videos were posted to at the end of 2014 then it is very likely you would say YouTube, an answer for which you would be easily forgiven, but one that is incorrect nonetheless. By the end of 2014 Facebook had overtaken the number of videos shared by brands online, surpassing YouTube in December by 20,000 video posts. This is just one aspect of the continued rise of video on Facebook, a rise that seems to reach new heights on a regular basis. 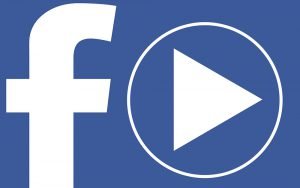 In the past Facebook was filled predominantly by text based posts that generally linked through to external content hosted either by a brand themselves, or on some form of media hosting and showcasing site such as YouTube or Vimeo. Facebook could effectively take titles and descriptions from linked video content and present it in an embedded fashion that meant the user did not need to leave their Facebook page to view any linked video. Of course, Facebook did provide video upload features, but compared to the various options offered by YouTube, and the perceived industry standards offered by Vimeo, many businesses rarely uploaded video directly to Facebook. However, due to a range of contributing factors a significant shift began to occur toward Facebook video and away from other sites.

One aspect of this shift has been the gradual popularization of incredibly short video content. As the popularity of apps such as Vine and Snapchat increased the way that video was used for content changed greatly. Users began to create six-second video memes, with brands following suit swiftly. When Instagram introduced video features as well the utilization of short square videos was popularised even further beyond Vine, with a whole culture of Vine and Instagram celebrities emerging. Equally, Snapchat and its portrait video format became increasingly popular as they introduced worldwide story features and people found ways to save ‘snaps’ and create memes. However, while these three apps have been incredibly influential, Facebook has arguably been the catalyst for their popularity. Compilation videos of Snapchats and Vines began to appear on Facebook accumulating large numbers of views, and more importantly they gained likes. The popularisation of short videos created the perfect content for sharing, and Facebook was the ideal website through which this sharing could occur.

In effect, interaction is what has facilitated the rise of video on Facebook. In terms of interaction Facebook was receiving 80% of all video interaction by the end of 2014 and has only strengthened this position further since then. Facebook has established itself as the most effective way to gain engagement due to its user driven sharing structure in which a constant conveyor belt of content is positioned directly in front of an ideal target audience. Other sites do not accomplish this as they are not driven by shares, comments, and likes in the same way as Facebook meaning that their network of users is not as likely to be given their ideal content quite as easily. Even with attempts to make it easier for viewers to find the content they want by categorizing videos and presenting what is trending at that point in time, other sites do not have the benefit of interconnected people providing a constant stream of information to each other. 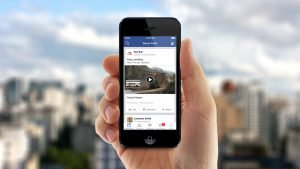 From a brand perspective Facebook stands out because it is incredibly clear how many people are engaged with content, and equally the opportunity for a video to be exponentially shared from one singular source has numerous benefits. Without the need for links to any external sites, click throughs on mobile devices, or the risks associated with country specific restrictions Facebook is a clear choice for sharing video if the goal is for that content to be seen by as many people as possible. With Facebook’s interconnected social network of people content can be shared instantly across every Facebook enabled device, and considering their app includes features such as muted auto-play it makes a lot of sense that businesses are choosing Facebook as their ideal video content location.

It seems that the rise of video on Facebook is not set to slow down at any time soon. Their continued expansion as a business and frequent purchases of growing rival apps and websites means that their technology consistently competes with every other video website. Facebook offers high quality video uploads, something that is not unique, but it also offers the chance for HD movie trailers to be found alongside low quality Snapchat memes simply because these memes are what everyone else is watching. That is why Facebook is succeeding, it is a visual arena controlled by users that spreads to other users more quickly than on any other website. Facebook equates to higher interaction, and surely that is the entire aim of creating content.